The 16th annual Vancouver Estival Trivia Open (VETO) was held on Saturday, July 12, 2014, at the University of British Columbia.

This was a guerrilla-style tournament, meaning that all questions were written by members of the participating teams, and there was no central editing. Question packets were shared with a mirror tournament (VETO's Eastern Trivia Open: full stats available) being held the same day at the University of Toronto.

Some of the question packets will be available for free download! (saved on the Collegiate Quizbowl Packet Archive)

All staff were drawn from the participating teams during their bye round. Thanks to Mischa for getting us space at UBC.

We had seven teams, with a total of 23 players. Team rosters were as follows.

First we played a single round-robin. Rounds were untimed, with 20 tossups in each. Power tossups were not used.

We used the following schedule. Every team except FARSIDE and SFU Alumni had at least three members who could run a game room by themselves. The games run by those two teams were split over two rounds: during the first round, only one game was played, while the other four teams were sequestered; and during the second round, there were two games played by those other four teams, while the teams that already played the packet helped out.

The packet read in each round was written by the team listed with the first bye shown here, with the exception that in the rounds shown with SFUA as first bye, the packet read was the one by B2ER in Toronto.

Here are the standings for the round-robin (full SQBS tables are available).
Teams were ranked by win-loss record, with average points per game as tie-breaker.

Here is how individual players ranked on tossups in the round-robin. The last fifteen columns indicate in which of the fifteen previous VETOs the person had played (Y if yes, or M if in the mirror in Ontario).

The top three teams continued on to Page playoffs, under the following system. 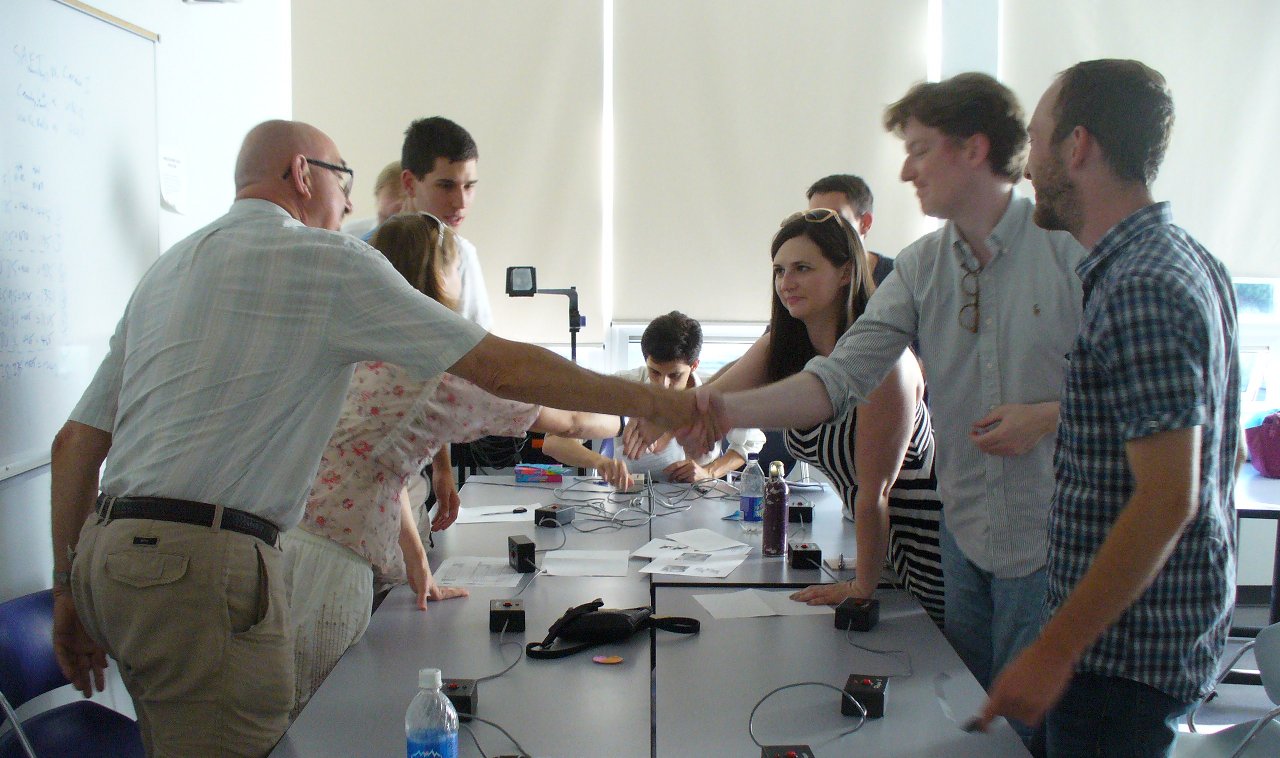 End of the finals. From left to right:

Some players received prizes. Unless otherwise indicated, honourees were selected by the sponsor of each prize.